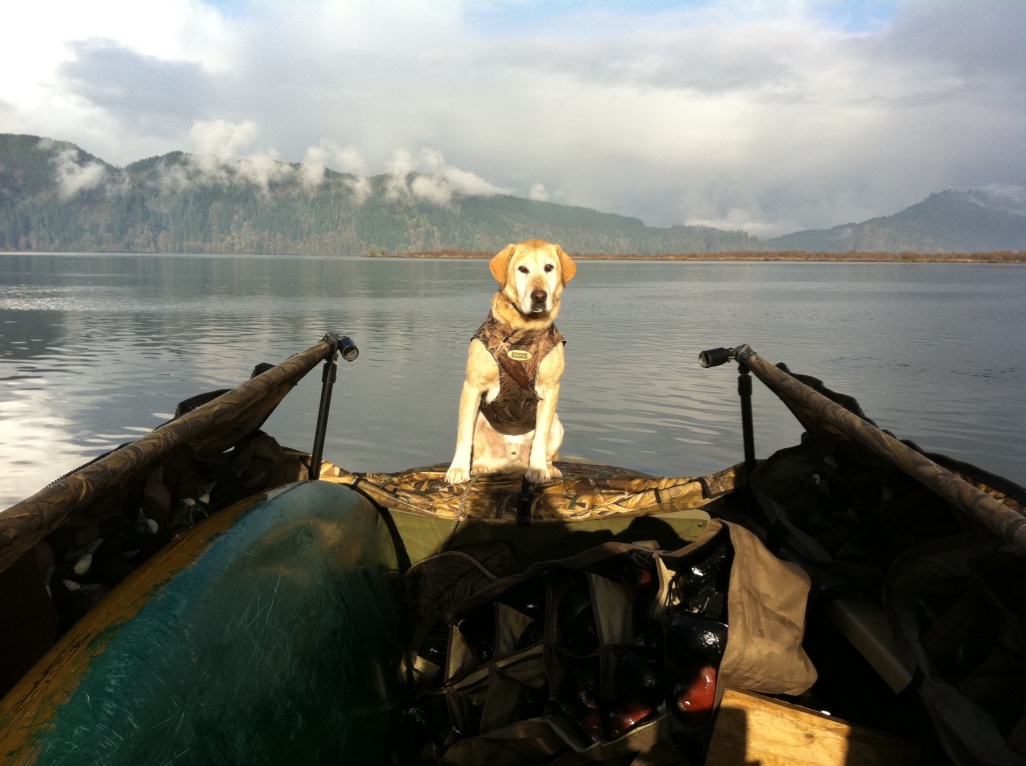 In November we said goodbye to 15 1/2 year old Kip, often called Kippy the wonder dog by family and hunting friends. Kip was special to me as a hunting partner and companion just like many of you have experienced with your furry companions. His father was a National Field Trial champion and his drive and intelligence carried genetically over to Kip. He taught me more about training a dog than I taught him. Started into the hunt test world, but after earning his Junior Hunter title at 10 months, I decided stop pursuing titles and just focus on how we hunt. Kip brought his drive and intelligence to the blind, boat and field. He hunted in numerous states and Canadian provinces. He hunted everywhere from the Pacific Ocean to Manitoba, retrieved everything from white-winged scoters and harlequins to ruffed grouse, hungarian partridge to white-fronts, snow geese and Canada geese. I can not even begin to count the number of birds he retrieved, but it was well into the thousands. He once caught a unwounded juvenile Ross' goose that landed too close to him while hunting in Saskatchewan. He lived to hunt, retrieve and be at my side or in the motor well of my Bankes. A number of members here hunted with him and know how loving and dedicated he was. He guarded the Terry Desilets' traveling decoy when it came to visit. Rest in Peace Kip, you were the best. 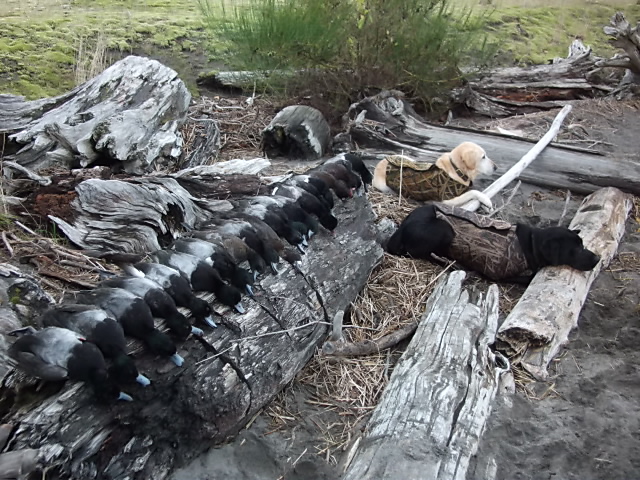 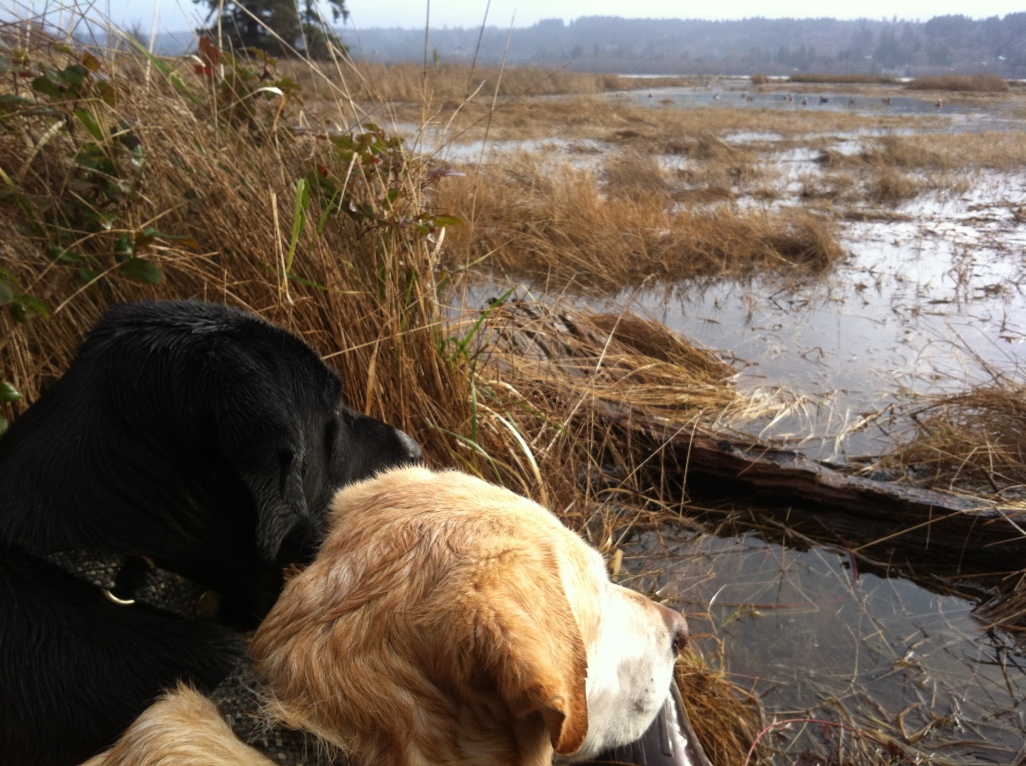 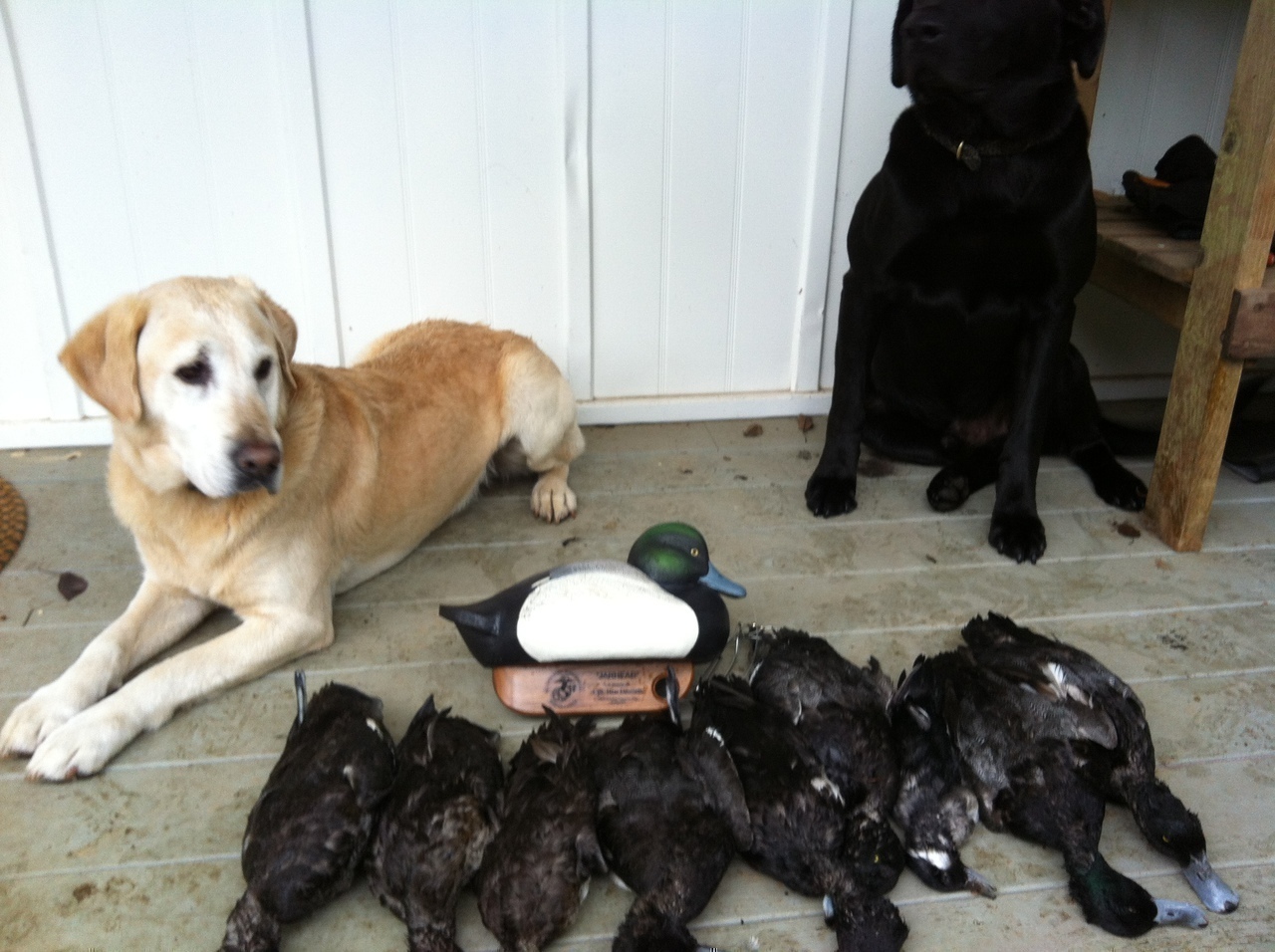 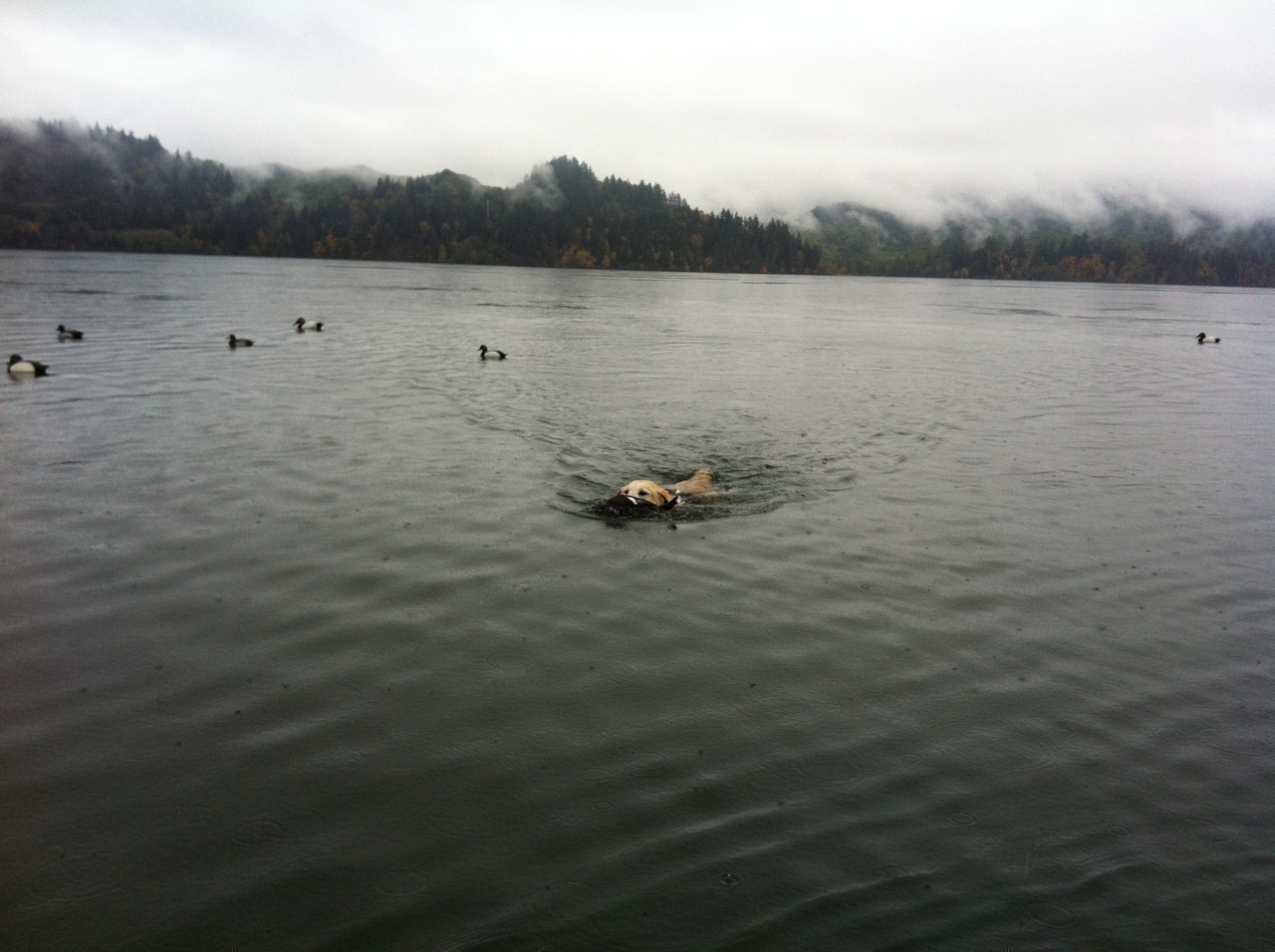 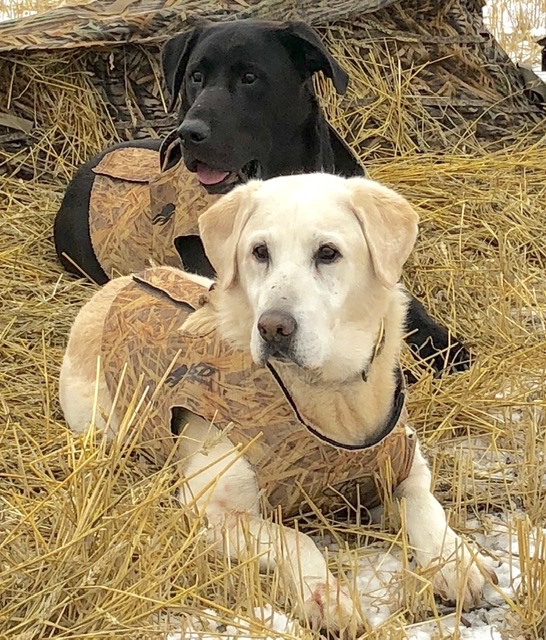 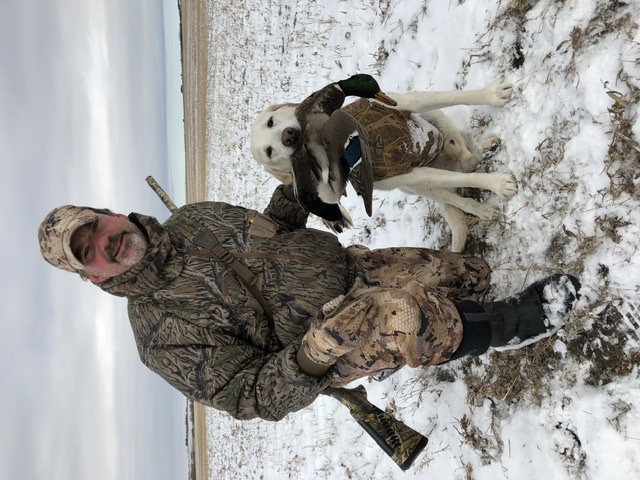 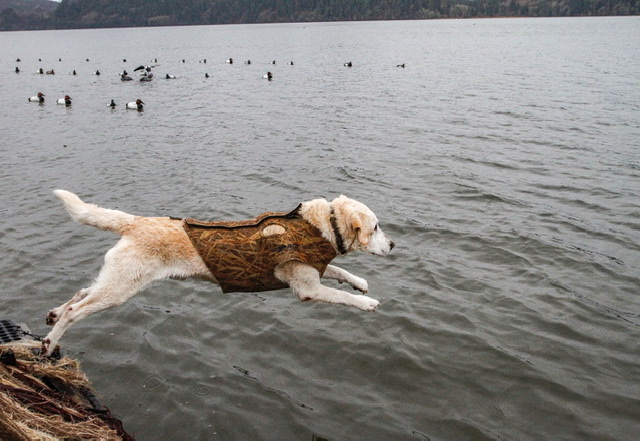 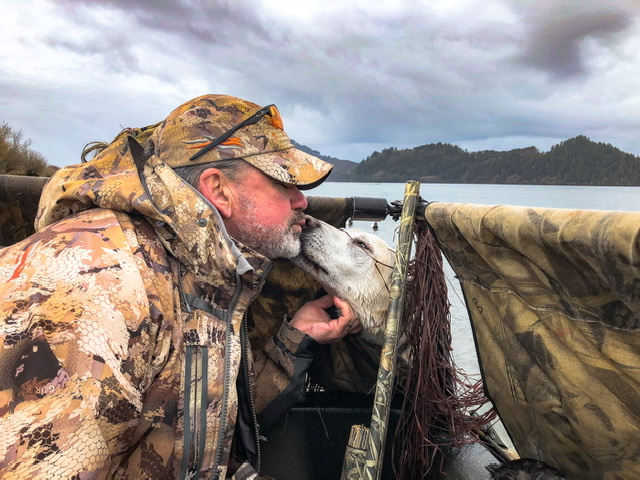 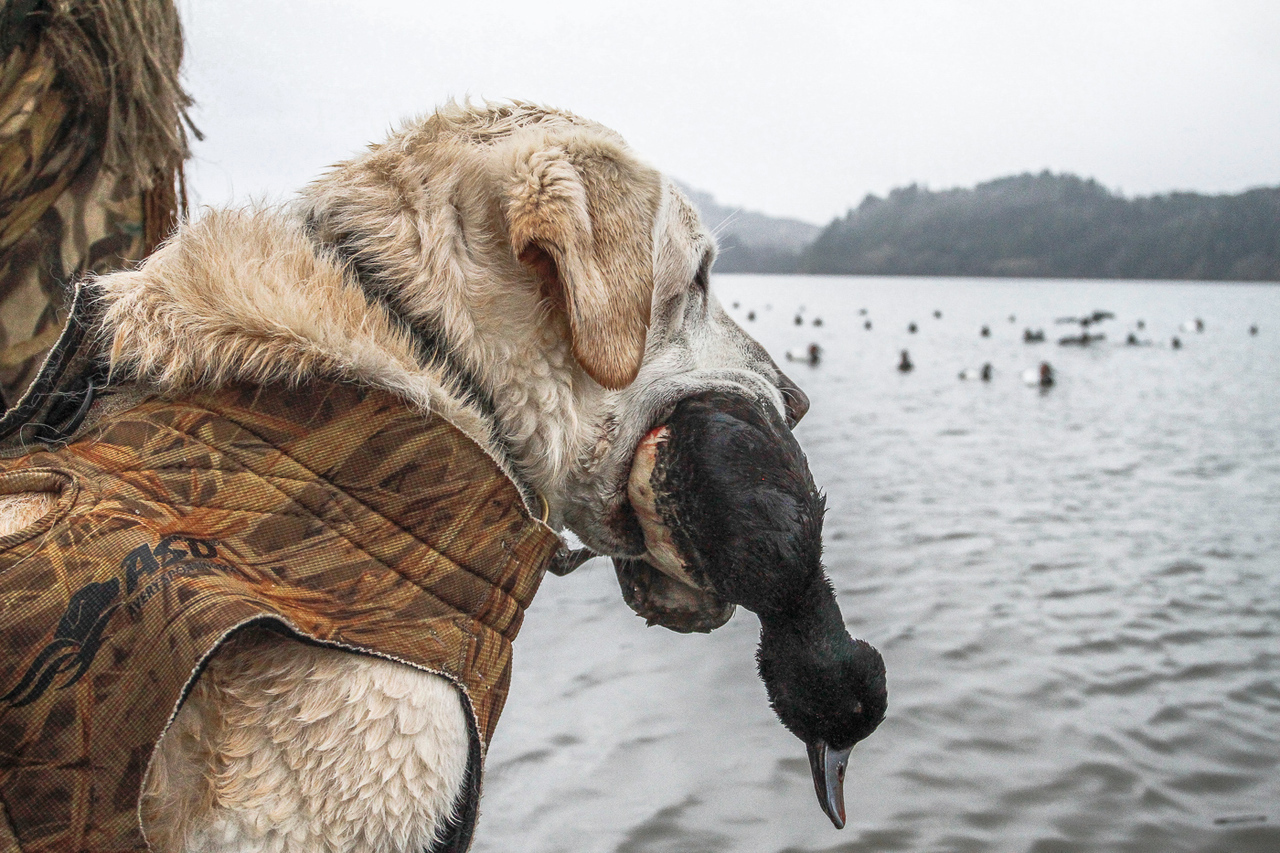